Jacques Derrida is one of the major figures of twentieth-century thought, and his library – which bears the traces of decades of close reading – represents a major intellectual archive. The Princeton University Library (PUL) houses Derrida’s Margins, a website and online research tool for the annotations of Jacques Derrida. We used data collected from this project to create visualizations of the references used throughout Derrida’s De la grammatologie.

This code can be adapted to create an interactive visualization for any data set, either for book references or another type, which includes many entries, an x-axis location for each entry, a y-axis location for each entry, and information to display with the mouse-over feature. The interactive and visual components are most interesting when entries are not discrete, and can be connected with a significant frequency to many locations along the x-axis.

In May 2017, the US Library of Congress made the largest release of digital records in its history – metadata for over 25 million books, maps and recordings. People immediately started making some pretty cool visualizations to explore patterns in the data, or demonstrate the incredible size of the release. This page follows my process of building an animated D3 map visualization, from data cleaning to adding features. Each of the pages below covers one step in the process. Jump to the last page to explore the visualization. 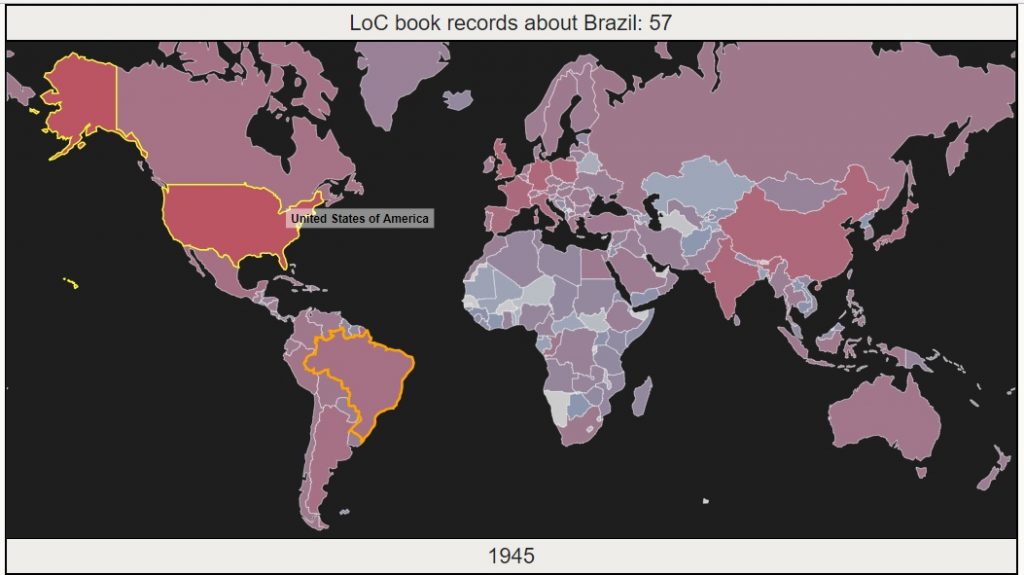 This tutorial will walk through the steps to build an interactive network visualization. The theme we visualize in the example is the web-network of different types of beer and their relationships to each other. The beer visualization illustrates how all beers are related from two common parents: Ales and Lagers. 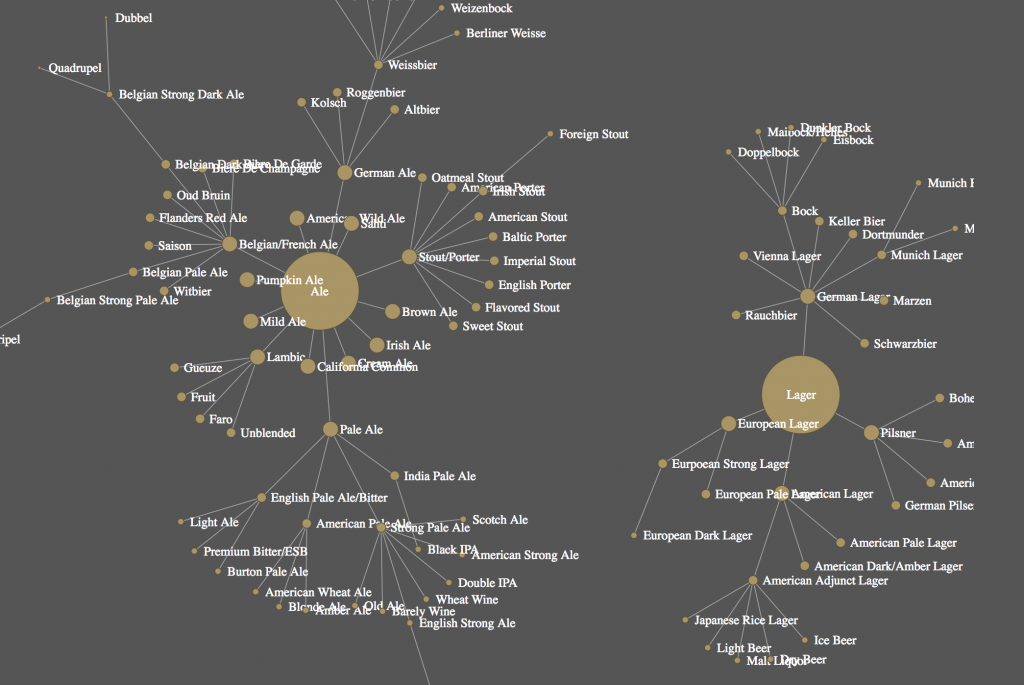