After my previous exploration of Self Organizing Maps, I decided to use the tool for an application of text mining: Can we visualize how Shakespeare’s characters and plays are similar or different from each other based on an analysis of their words?

This tutorial walks through a couple examples using R and suggests some further exploration. It’s split into two sequential parts:

This semester I’ve been playing around with Self Organizing Maps (SOMs) using the “kohonen” package in R. SOMs allow you to visualize very high dimensional data in a simplified two dimensional map which preserves proximity. I’ve written up an introductory tutorial on getting started making SOMs using the kohonen package:

This workshop plays around with NBA player stats from the 2015/2016 season. Disclaimer: I know next to nothing about basketball. 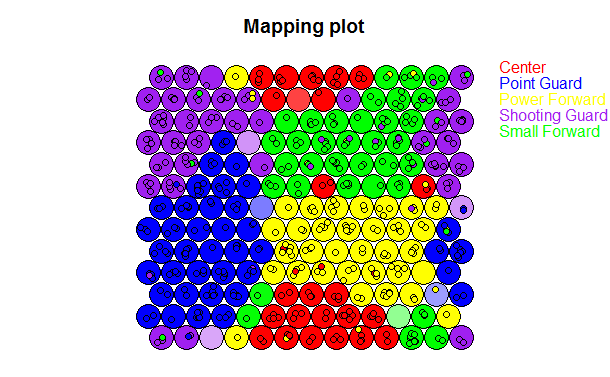